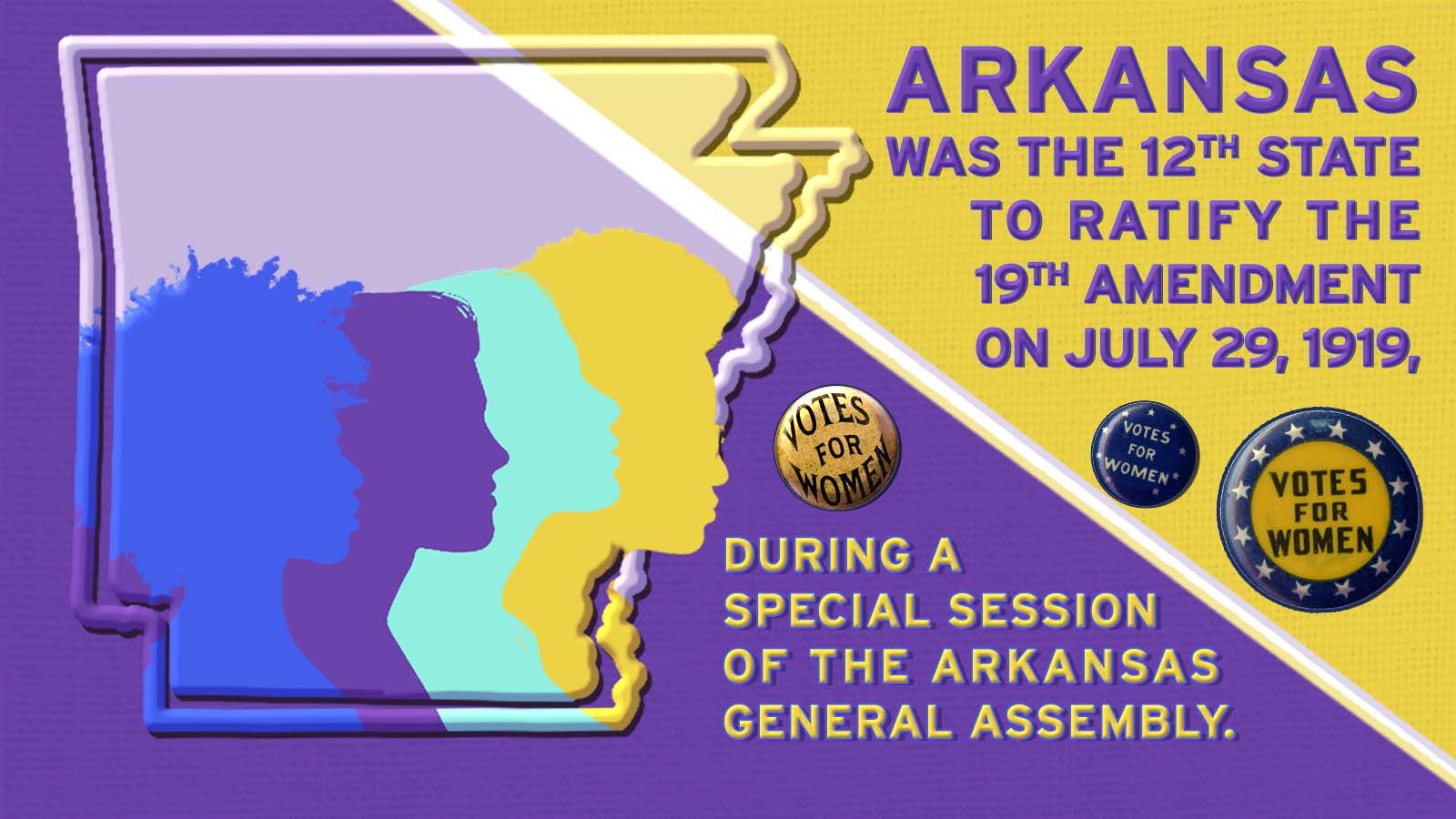 Arkansas is approaching the centennial of a historic vote in the House chamber.  On July 28, 1919, then Governor Charles Brough called a special session for the purpose of ratifying the Nineteenth Amendment.
The House Journal records a letter Brough sent to our chamber 100 years ago.
In it he states, “Eleven states have already ratified and, should your Honorable Body ratify, nation-wide Women’s Suffrage will have passed the first milestone, as one-fourth of the States will have then conferred full suffrage upon our splendid womanhood.”
The letter goes on to read, “I feel that the ratification of the Susan B. Anthony Amendment is of paramount national importance to the people of our country, and is a proper recognition of the patriotic activities and useful devotion to the cause of liberty and democracy of our womanhood”
The vote passed 74–15 in the House. The vote in the Senate was 29-2 making Arkansas the twelfth state to ratify the Nineteenth Amendment. According to newspaper reports at the time, women filled the Arkansas Capitol carrying yellow banners reading, “Votes for Women.”
Arkansas was the second state in the South to ratify the 19th amendment. Texas was the first when it ratified on June 23, 1919.
Demands for suffrage had been made in Arkansas dating back to the Constitutional Convention of 1868.
That attempt and many others to allow women to vote failed in the Arkansas legislature over the course of the next 49 years.
Then in February 1917, Rep. John Riggs introduced legislation to allow women to vote in Arkansas primaries.
Despite testimony on the House floor “That nothing would be gained by giving women access to the ballot”, the House voted 71-19 in favor of the measure. The bill later passed the Senate with a vote 17-15. Arkansas was the first state in the South to allow women to vote in primary elections.
Governor Hutchinson created the Arkansas Women’s Suffrage Centennial Commemoration Committee to lead the state’s remembrance of women receiving the right to vote. You can check out the committee’s work on the history and upcoming celebrations at www.arkansasheritage.com. And if you haven’t already, be sure to follow #ARGirlslead on Facebook, Twitter, and Instagram.  There you will find stories from the women who serve in the House and encouragement for more Arkansas girls to seek leadership roles.