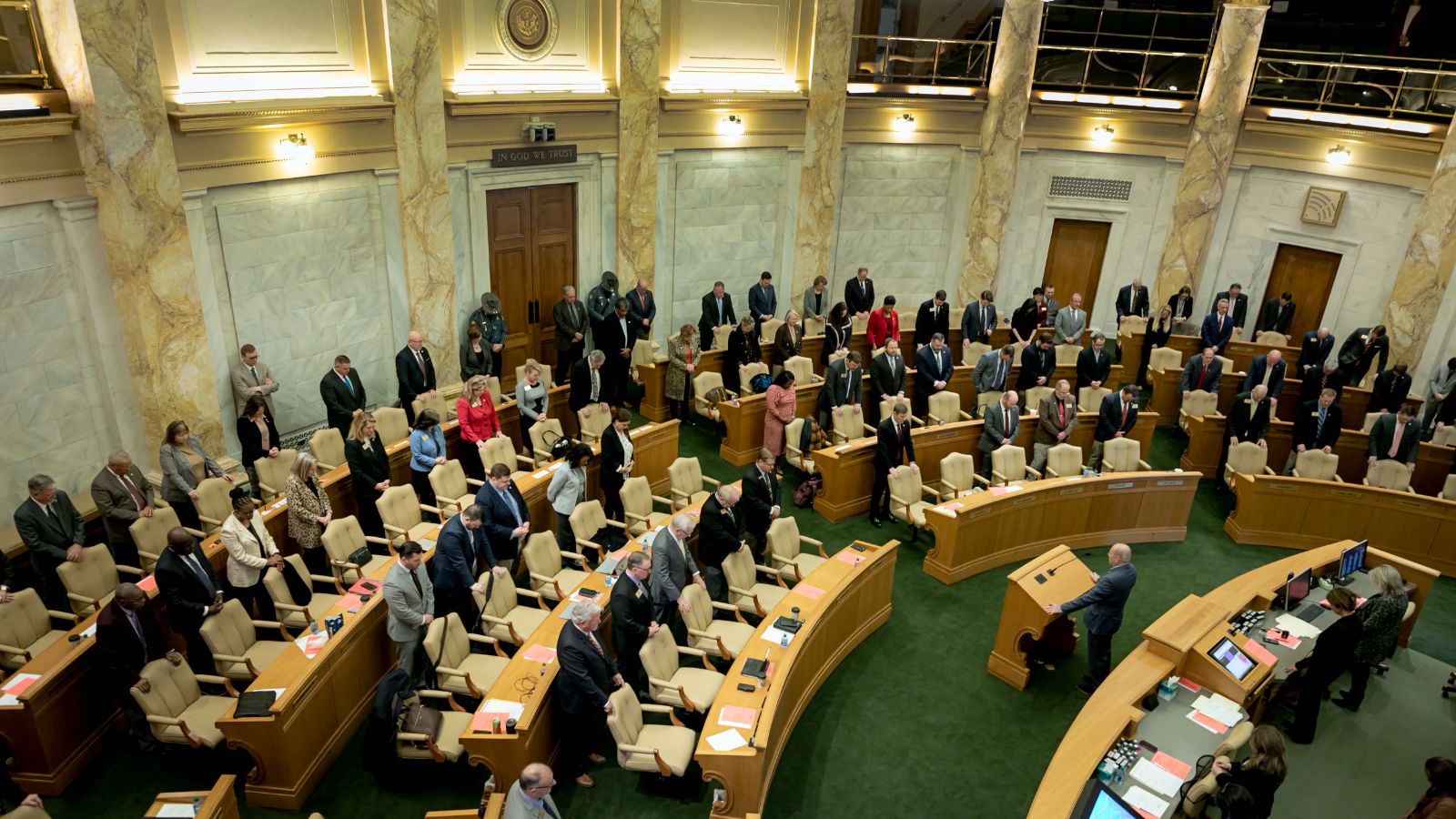 The 2023 Regular Session is now underway.

The session began on Monday, January 9 when members of the 94th General Assembly took the oath of office.

The House then elected Matthew J. Shepherd of El Dorado as the Speaker for the 94th General Assembly. He is the first person in state history to be elected Speaker for a third term.

Speaker Shepherd announced the chairs and vice chairs for committees. You can find the committee rosters HERE.

On the second day of the session, the House and Senate convened for a Joint Session. All constitutional officers took the oath of office and upon swearing-in, Governor Sarah Huckabee Sanders gave an address outlining her legislative priorities. The priorities mentioned include tax cuts, improving literacy, and improving public safety.

This week, the full House passed HB1001, an appropriation to pay for the expenses of the 94th General Assembly. The House also passed HB1051, the General Appropriation Act for the 2023-2024 Fiscal Year.

Another change to the rules specifies that once a bill is assigned to a committee it will then be listed on that committee’s agenda. Previous rules for the 93rd General Assembly directed committee chairs to set the agenda.

The legislature will not convene on Monday, Martin Luther King Jr. Day.  The House will reconvene on Tuesday, January 17 at 1:30 p.m.

You can watch all committees and House floor proceedings at arkansashouse.org.