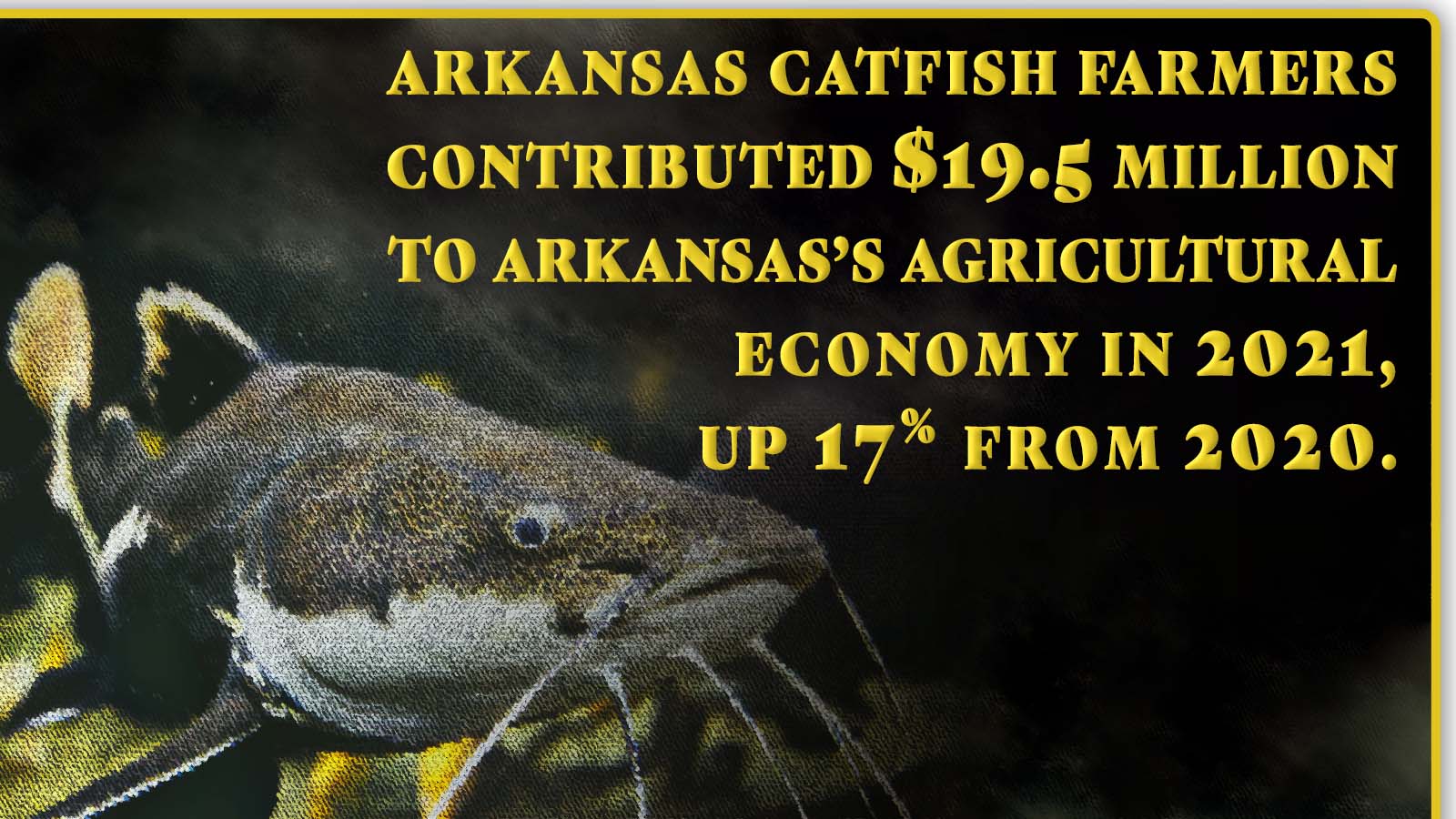 The catfish industry is the largest component of aquaculture in the United States and a significant industry in Arkansas.  In fact, Arkansas catfish farmers contributed $19.5 million to Arkansas’s agricultural economy in 2021. That’s up 17% from the previous year.
The month of August has been proclaimed as Arkansas Catfish Month.  This designation recognizes the impact of catfish producers across the state.
Arkansas is the birthplace of the commercial catfish industry, with at least two farms selling catfish in the late 1950s.  By 1966, Arkansas had 4,500 acres in catfish production and three processing plants.
Today, Arkansas has 3,800 water surface acres currently used for catfish production. That’s a 6% increase from 2020. Arkansas now ranks 4th in the nation in catfish production. Ninety-four percent of all U.S. Farm-Raised Catfish is raised in Alabama, Arkansas, Louisiana, and Mississippi.
Our state is also home to programs providing research and support to the aquaculture industry, including the Aquaculture/Fisheries Center for Excellence and the University of Arkansas Pine Bluff, and the USDA Agriculture Research Service’s Harry K. Dupree National Aquaculture Research Center in Stuttgart.
In 2015, the General Assembly passed Act 1191 which created a catfish labeling requirement to ensure consumers can accurately identify the country of origin of catfish purchased in Arkansas retail establishments. This legislation helps to provide quality control for consumers and protects domestic catfish farmers from substitutes that are imported and sold often under the label of being catfish.
U.S. Farm-Raised Catfish is a lean fish and an excellent source of protein. It is low in saturated fat and is a moderate source of polyunsaturated fat and omega-3 fatty acids. It’s just one more reason to celebrate Arkansas Catfish Month.
You can find links to catfish recipes and more information about Arkansas’s aquaculture industry HERE.