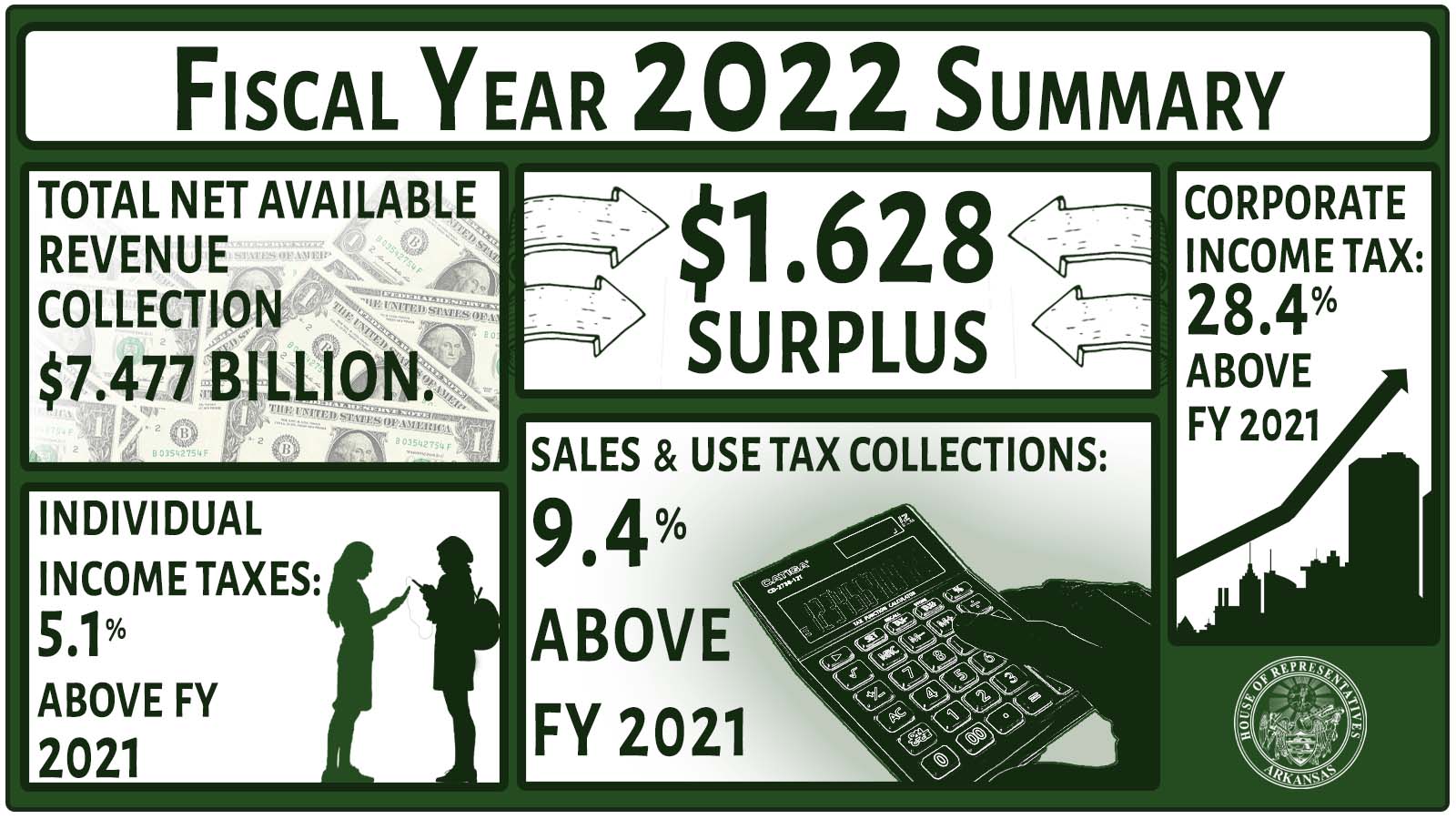 This week, we received the Fiscal Year 2022 Revenue Summary. It shows we ended the last fiscal year with the largest surplus in state history.
It is likely we will convene for a special session in August to address additional tax relief.
Fiscal Year 2022 ended on June 30. Fiscal Year 2023 began on July 1. Fiscal Year 2022 Net Available General Revenue collections totaled $7.477 billion. That amount was $632.1 million or 9.2% above collections from the previous fiscal year.
It is $1.628 billion in excess of fully funding the Revenue Stabilization Act representing a surplus as defined by our budget process. The previous record for a state surplus was Fiscal Year 2021 at approximately $945 million.
Fiscal Year 2022 ended above forecast in all major categories of collections. The largest sources of general revenue are individual income taxes and sales tax.
Individual income tax collections totaled $4.17 billion. That is 5.1% above collections in Fiscal Year 2021.
Sales and Use tax collections totaled $3.15 billion. That is an increase of 9.4% from the previous fiscal year.
Corporate income taxes totaled $837.2 million. That is 28.4% above the previous fiscal year.
In a special session held late last year, the General Assembly passed Act 1 and Act 2, which are identical pieces of legislation that reduce the top income tax rate for individuals from 5.9% to 4.9% incrementally over the next four years. For the tax year that began on January 1, 2022, the top rate was reduced to 5.5%.
The Governor has stated publicly he intends to call another special session the week of August 8.
Other items in addition to tax relief may be listed on the call for the special session but will be announced at a later date. We will continue to update you as more information becomes available.
We’ve posted the revenue report on our website www.arkansashouse.org.