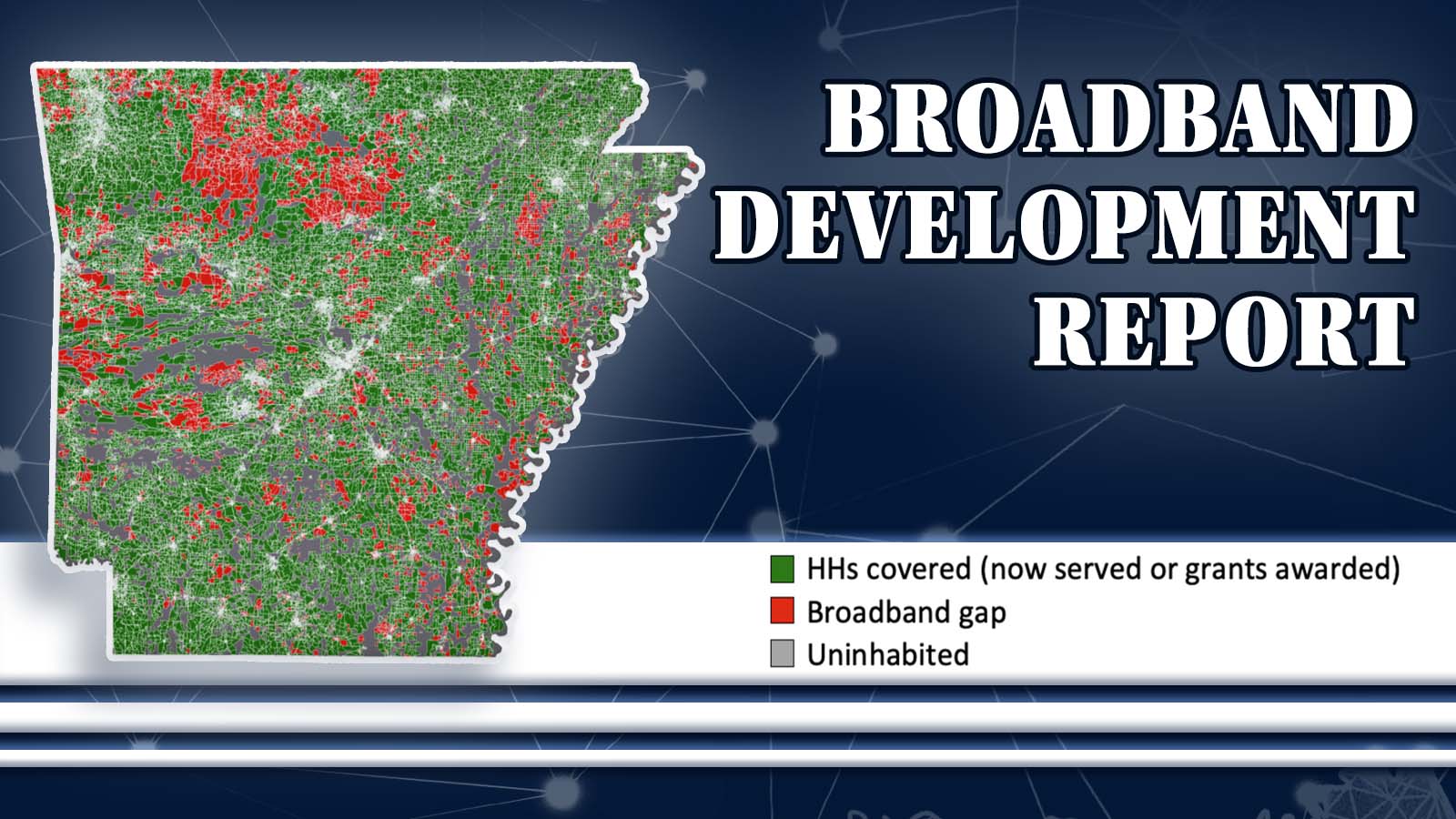 From online homework assignments to scheduling telehealth visits, we live in a digital world where high-speed access is no longer a luxury. Unfortunately, too many households across Arkansas are still unable to access high-quality broadband internet.

According to a report released this week, Arkansas currently has 110,000 households that are underserved when it comes to broadband access.
Underserved households are those with less than 100+ Mbps access.

In October of last year, the Arkansas Legislative Council approved a contract with the Broadband Development Group to create a master plan for broadband development. The group released its report this week.

The group hosted or attended more than 300 community meetings in all 75 counties and received more than 18,000 surveys from residents in every county across the state. Several Arkansas legislators participated in these meetings to ensure a variety of voices were heard during the community fact-finding portion of our research. They also consulted with nearly 30 broadband providers to learn more about their perspectives.

The report not only assesses current broadband availability, but also maps out where the broadband gap exists in the state, calculates the budget needed to bridge the gap, and makes recommendations for improvements to the Arkansas Rural Connect grant program.

The report found that significant progress has already been made by utilizing state and federal programs in recent years to create coverage for about 100,000 households.

The remaining 110,000 households are not currently addressed by any identified programs at any level. It estimates the cost of covering these households at about $500 million. The report recommends using funds through American Rescue Plan Act (ARPA) and Infrastructure Investment and Jobs Act (IIJA) grants to close the current gaps.

The General Assembly is currently reviewing the recommendations. You can find the full report at www.arkansashouse.org.