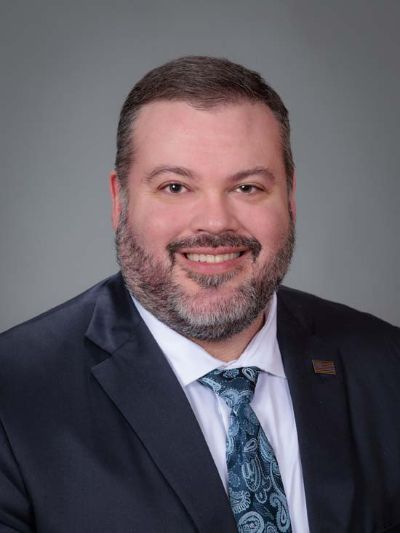 Rep. Matt Duffield is serving his first term in the Arkansas House of Representatives. He represents District 53, which includes Russellville and other portions of Pope County.
For The 94th General Assembly, Rep. Duffield serves on the House Judiciary Committee, and the House Aging, Children and Youth, Legislative and Military Affairs Committee.
Rep. Duffield graduated from Harding University with a degree in Broadcast Journalism and is a small business owner. He is the President of Big River Materials and the Vice President of Duffield Gravel Company.
Rep. Duffield had a successful 20-year career as a sports-entertainment promoter, producer, and wrestler as “Matt Riviera”. He has also starred in many reality shows and movies.
Long active in the Pope County community, he is a member of the Kiwanis Club and the First Baptist Church of Pottsville. He has helped promote fundraising efforts on behalf of the Special Olympics and is the host of the annual Jock Davis Veterans Lunch, which honors Russellville veterans for their service.