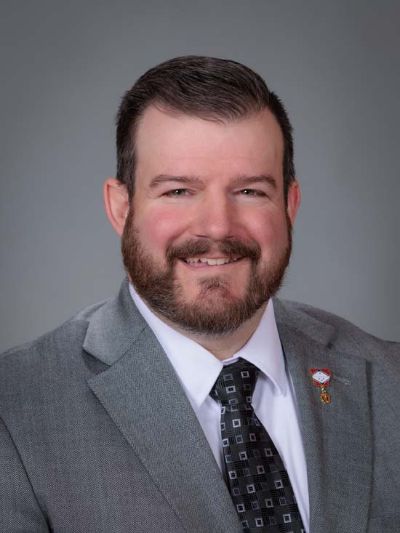 Rep. Ryan A. Rose is serving his first term in the Arkansas House. He represents District 48, which includes portions of Crawford and Sebastian counties.
For the 94th General Assembly, Rep. Rose serves on the House Public Health, Welfare, and Labor Committee and the House Insurance and Commerce Committee. He also serves on the Joint Budget Committee.
Rep. Rose graduated with honors from the University of the Ozarks in Clarksville, Cum Laude. He later taught as an Adjunct Professor and Technical Advisor of Communications at the university in 2016 and 2017.
He completed his ministerial training through Global University’s BSB program and is now an ordained minister with the General Council of the Assemblies of God. He is currently the Associate Pastor at Evangel Temple Assembly of God Church in Fort Smith.
Rep. Rose is the owner/operator of Rose Auto Sales, founded in 2014. The company is an award-winning car dealership based out of Van Buren, AR.
Since 2016, he has worked part-time at Union Christian Academy. He began working at the Academy as a teacher. For the past four years he has worked in marketing & as a development officer for the school.
In addition, Rep. Rose is the Men’s Ministry Director for Arkansas Assemblies of God and is President and Board Member of Heart to Heart Pregnancy and Family Care Center.
He is a member of the National Rifle Association, Gun Owners of America, the Van Buren Chamber of Commerce, and the Crawford County GOP.
He and his wife currently reside in Van Buren with their three children.