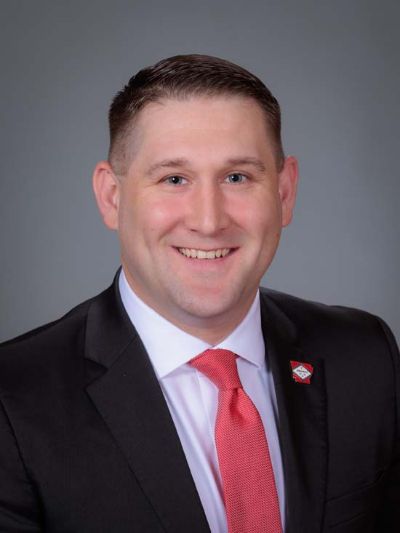 Rep. Stetson Painter is serving his first term in the Arkansas House of Representatives. He represents District 3 which includes portions of Baxter and Fulton County.
For the 94th General Assembly, Rep. Painter serves on the House Education Committee and the House Aging, Children and Youth, Legislative and Military Affairs Committee.
Rep. Painter earned his associate’s degree from Arkansas State University Mountain Home. He went on to earn his bachelor’s degree in Criminology and subsequently his Master of  Public Administration from Arkansas State University Jonesboro. He currently owns and manages rental properties for Black Moon Properties, LLC.
Rep. Painter has been a member of the Army Reserves since the age of 17.
He is active with the Baxter County Republican Committee and the American Legion.
Rep. Painter resides in Mountain Home with his wife and young daughter.