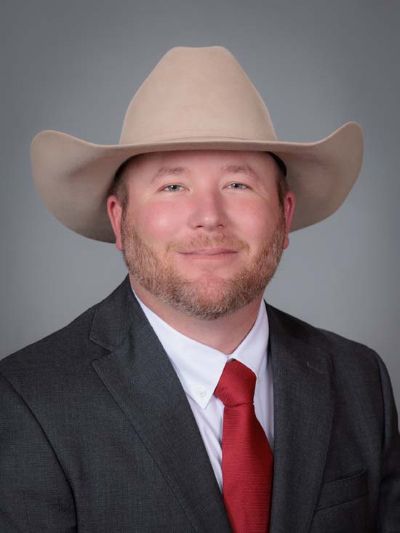 Rep. Chad Puryear is serving his first term in the Arkansas House of Representatives. He represents District 25 which includes portions of Washington, Crawford, and Franklin Counties.
For the 94th General Assembly, Rep. Puryear serves on the House Public Transportation Committee and the House Agriculture, Forestry, and Economic Development.
Rep. Puryear’s family has lived and worked on the same land as small farmers in Arkansas since 1887.  He grew up on a poultry farm, but has since transitioned to cattle and hay production.
Rep. Puryear also has over twelve years of experience in our public schools as a classroom teacher.  He received his B.S. in Agriculture at the University of Arkansas and his M.S. in Education from Arkansas State University.

He is an active member of the Arkansas Cattlemen’s Association and the National Rifle Association. In addition, he serves on the board for the Washington County Farm Bureau.