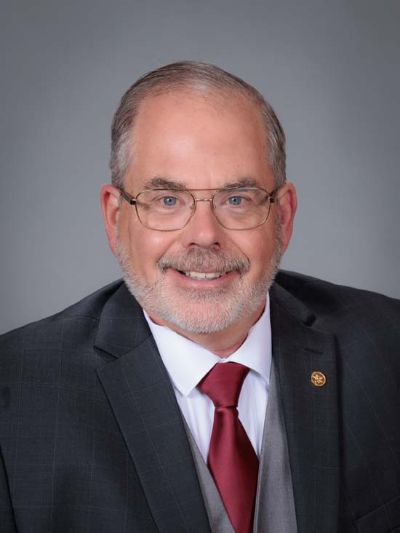 Rep. Steve Unger is serving his first term in the Arkansas House of Representatives. He represents District 19 which includes a portion of Washington County.

For the 94th General Assembly, Rep. Unger serves on the House Judiciary Committee and the House Aging, Children and Youth, Legislative, and Military Affairs Committee.

Rep. Unger was born and raised in Springdale. He has a bachelor's degree in public administration from the University of Arkansas, a master of divinity degree from Midwestern Baptist Theological Seminary in Kansas City, MO., and a master's degree in military science from the Marine Corps Command and Staff College in Quantico, VA. He is active in local volunteer causes, including the Springdale Rotary Club, the Military Officers Association of America, and the American Legion.

Unger retired from the Navy after 32 years of active-duty service, retiring with the rank of captain. In the Navy, he served in various capacities, including medic, surface warfare officer, and chaplain. He received many honors and rewards for his dedication to our country, including the Legion of Merit, three Meritorious Service Medals, a Joint Meritorious Service Medal, five Navy Commendation Medals, and two Navy Achievement Medals.

Rep. Unger currently lives in Springdale with his wife, Lynette Unger. They attend Christ Community Church in Fayetteville. He enjoys hunting and reading about history.